Are you waiting for Halloween to have parties or do the trick or treat? When fall comes, Halloween is also around the corner. Some girls have been thinking about their Halloween costumes and makeup. What are you going to wear or to paint this year? However, besides your costumes and makeup, don’t forget to focus on details. Nails can be taken care for Halloween parties as well! Today’s post is all about nails. There are good ideas for you to get inspired.

To pain a pretty Halloween nail art, you need to follow some easy steps. Here are the tips. First, have a manicure or choose a fake nail in the right shape. Second, clean your nails with a polish remover. Pay attention to the corners of the nails. Third, begin to paint your nails carefully. Fourth, make your nails tidy and try to clean the edges with olive oil.

Now let’s talk about the theme for Halloween nails. What will you like to have for your nails this year? There are thousands of ideas.

Spiders
How can you miss the spider pattern for your nail art? It is common to get a spider on your nail. When you make it in dark colors, you can have a bright base to lighten the nail art up.

Bats
The bat is another important image for Halloween. It represents vampires and it will bring a cool vibe to the nails. If you want to soften the vibe, you can just paint a light color as a base.

Pumpkins
When mentioning about pumpkins, you may come up with pumpkin lights for Halloween. The lights inspire girls to make a creative nail art. Often pumpkins will be created in many ways. Cute or cool, it is depend on you.

Blood Drops
You may like something bloody in Halloween. Blood drops are one of the popular ideas for Halloween nails. They can not only make a horrible nail art, but also a dark one.

Skulls
If you are going to makeup as a ghost this year, you can choose skull theme for your nail art. 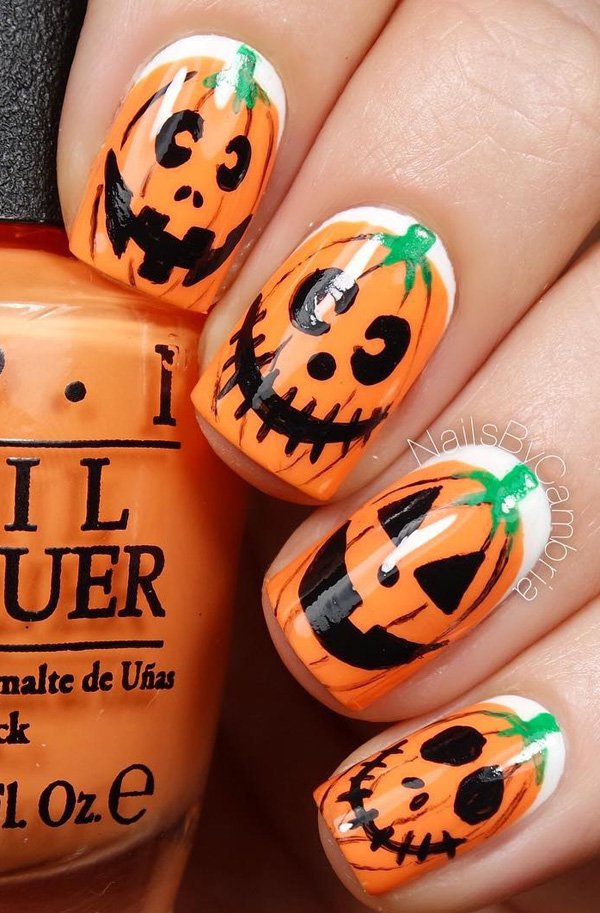 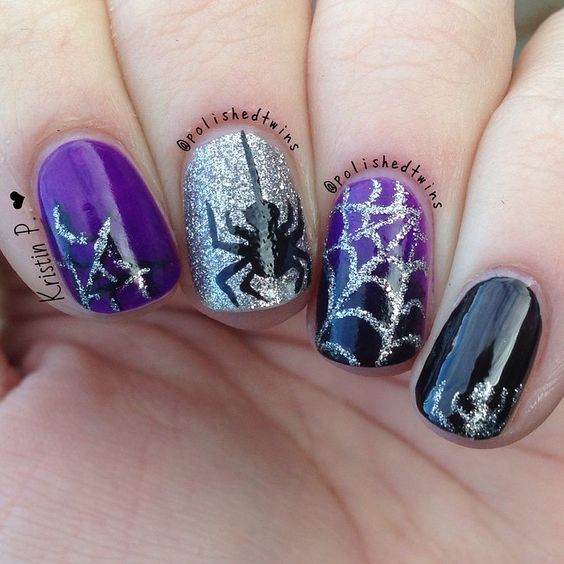 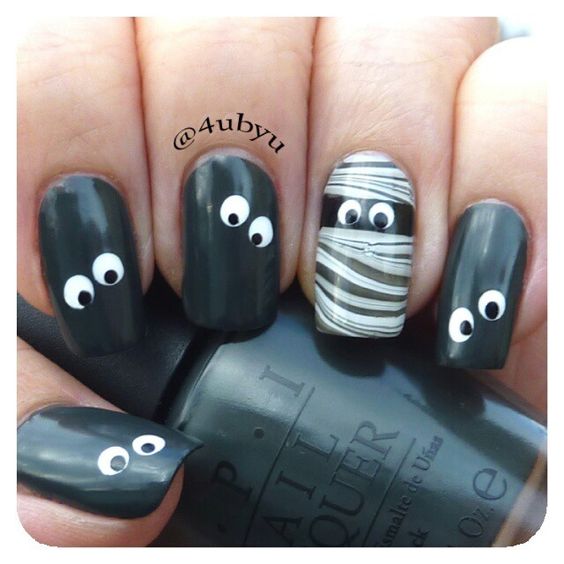 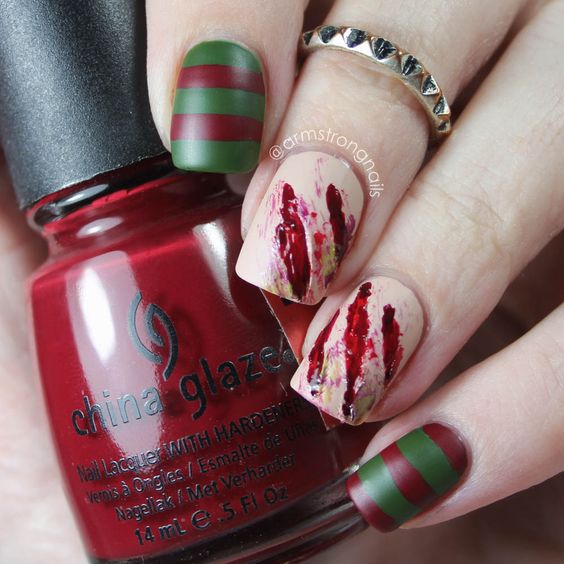 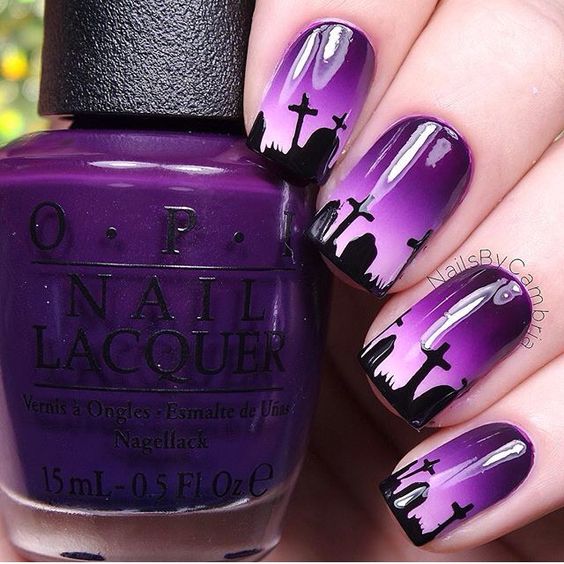 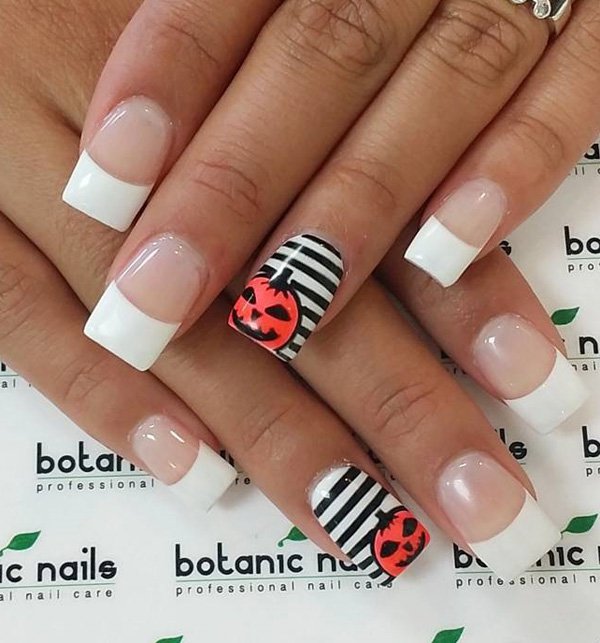 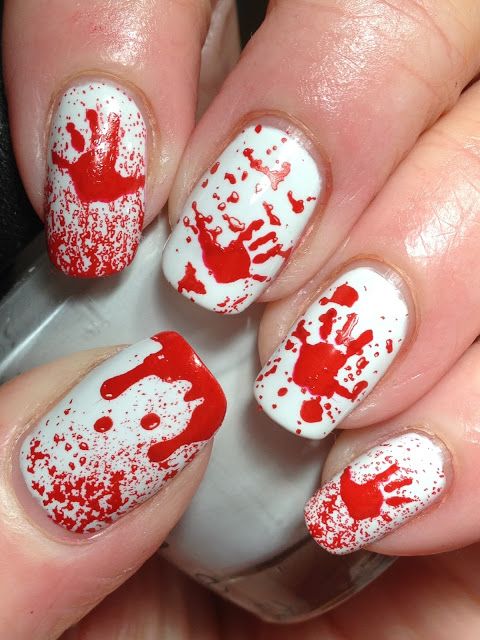 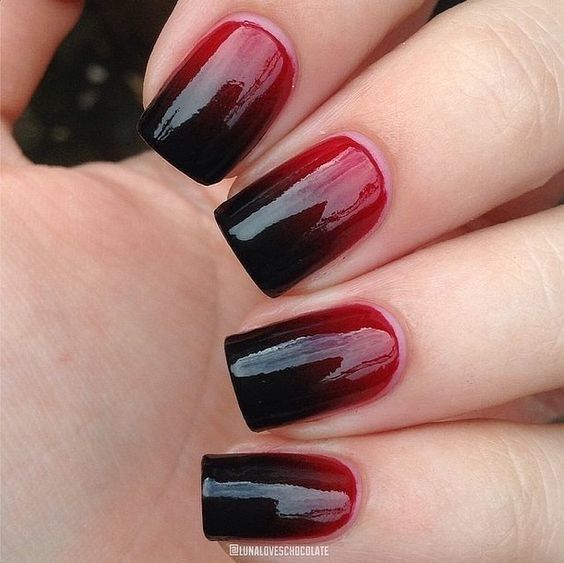 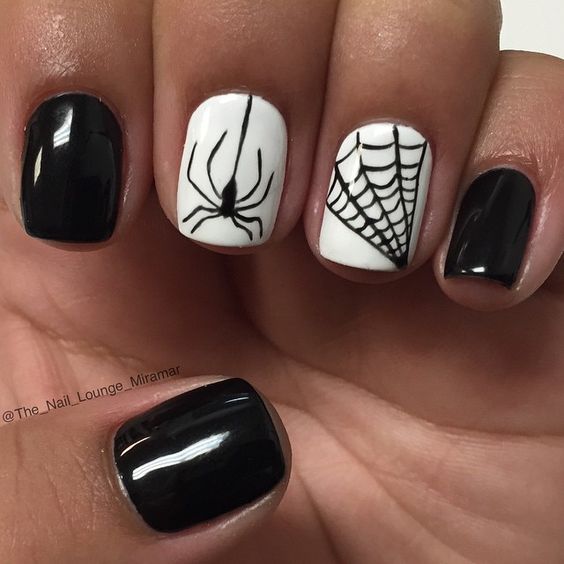 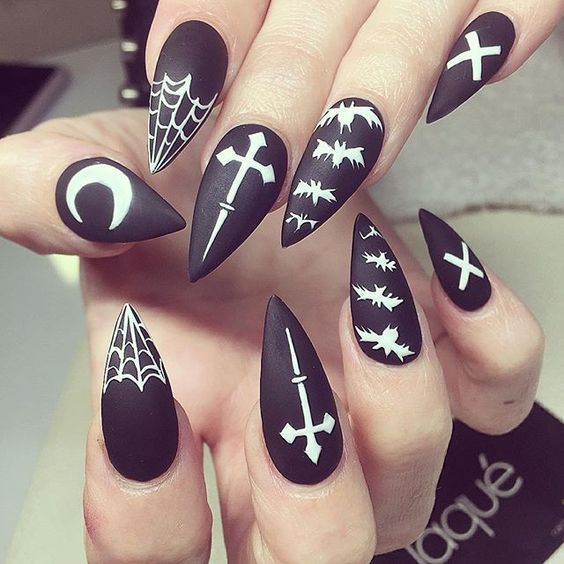 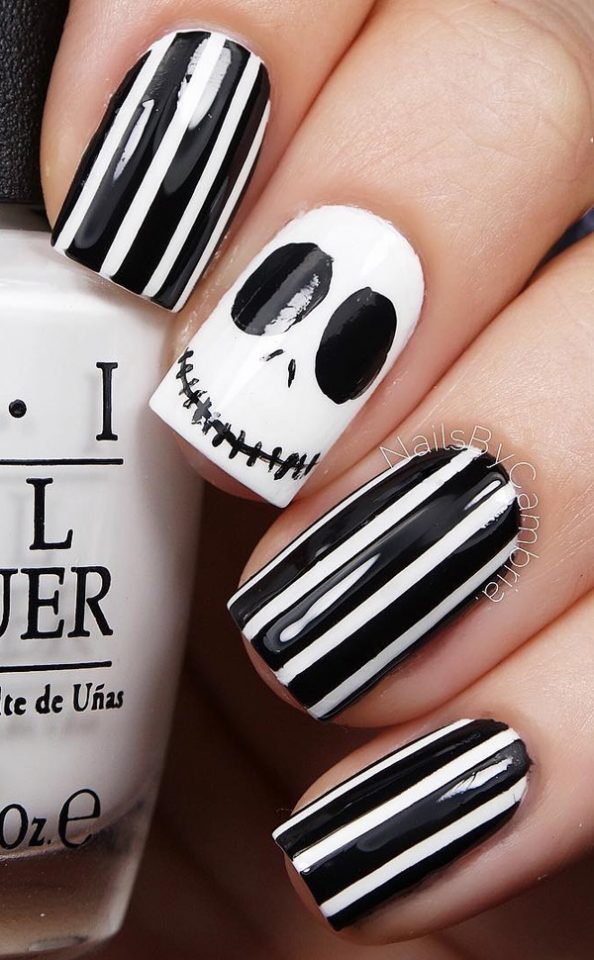 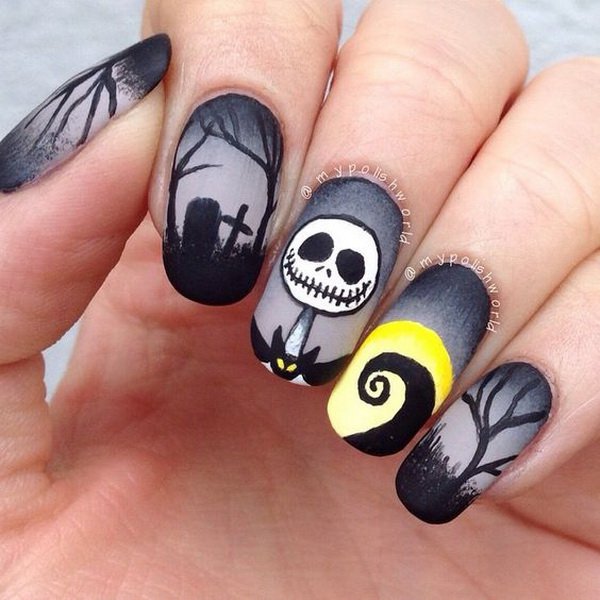 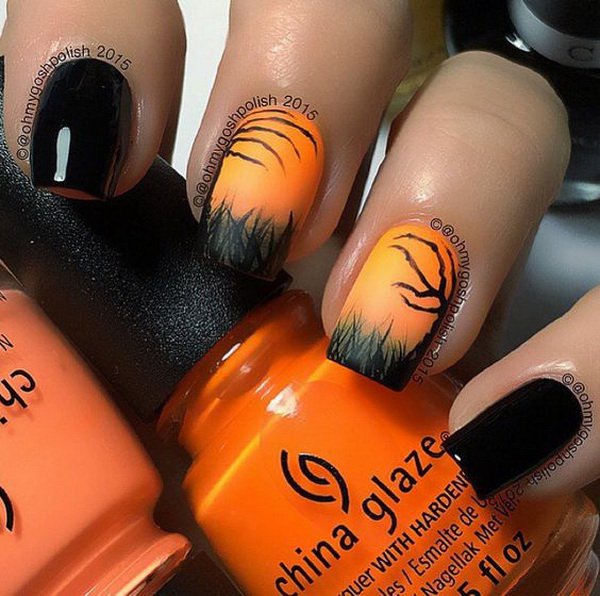 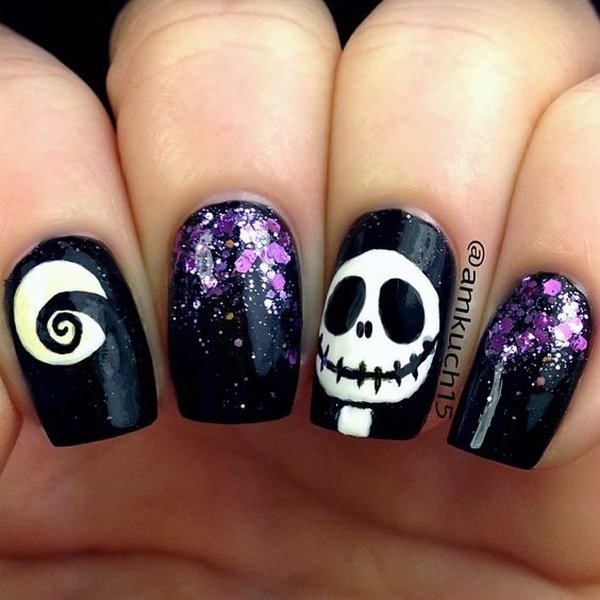 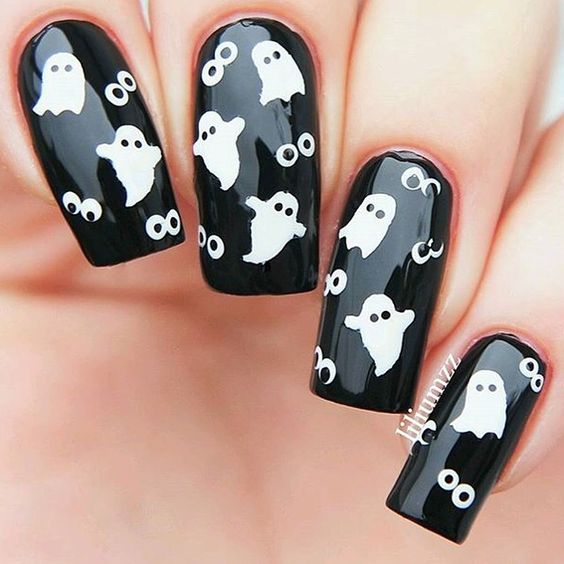 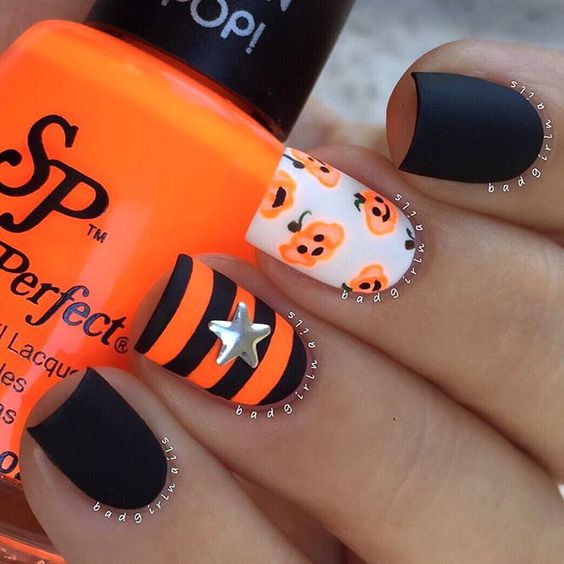 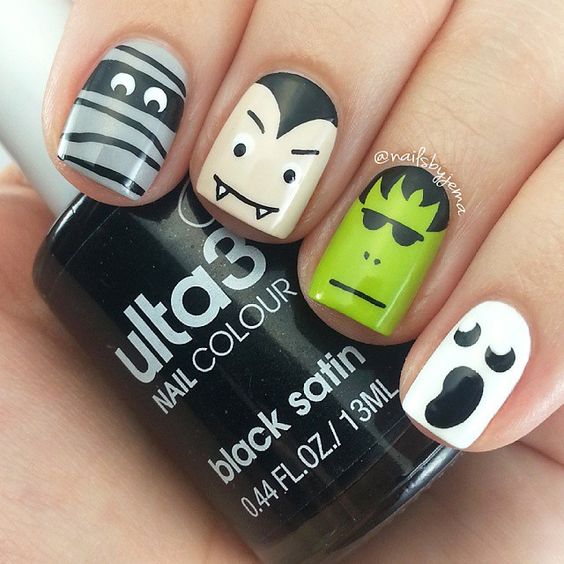 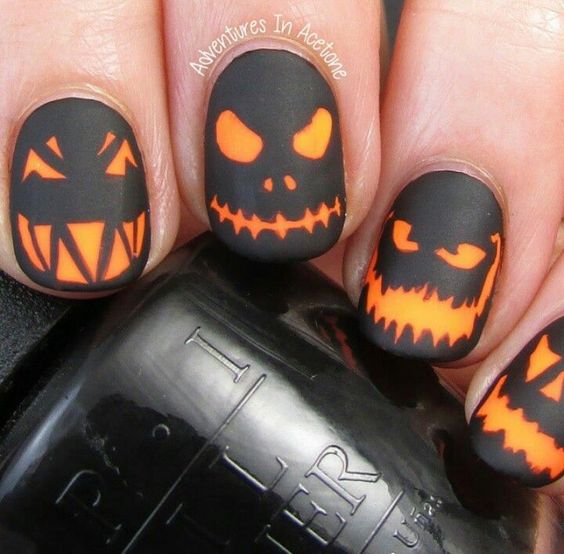 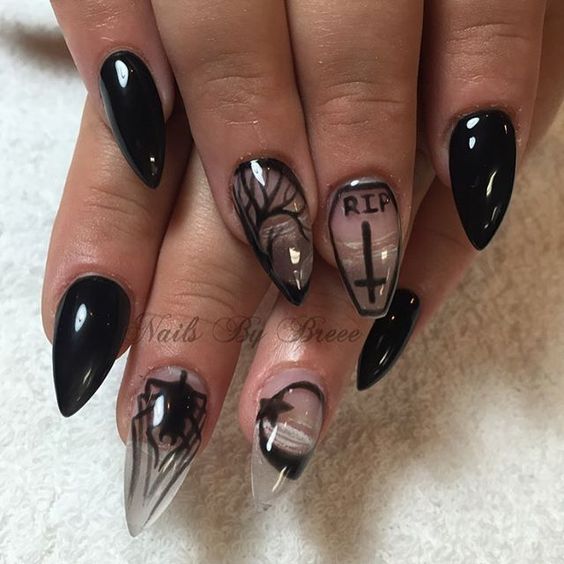 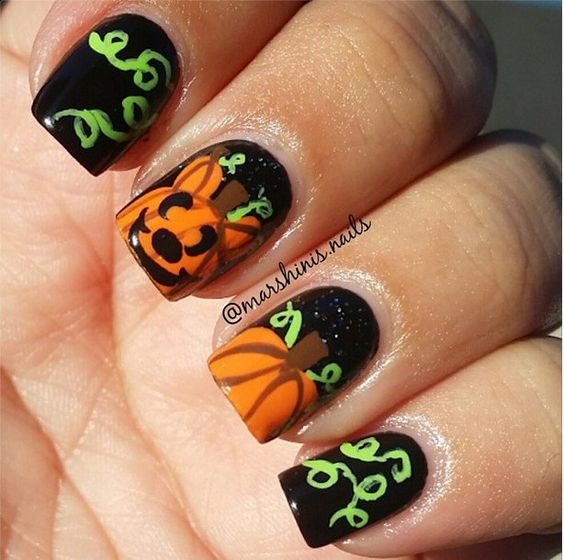