Amy Winehouse tattoos are thought to have included at least fifteen images, most of them done by her favourite tattoo artist in Camden Town, London. 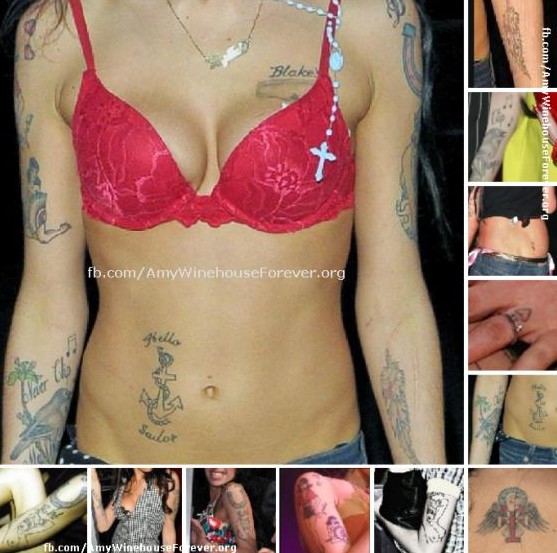 Amy’s tattoos are very interesting both for their visual appeal and because they tell us so much about her short, but massively significant life.

The first of Amy Winehouse tattoos was the cartoon of a 1930’s sex-symbol, Betty Boop, on her lower back. 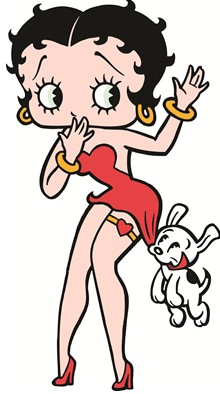 The original Betty Boop cartoon character appeared in 1932, as a caricature of the 1920’s, Jazz Age flapper girls and as a fan of early Jazz and an unfettered life-style, Amy obviously identified with this cute image.

‘Naughty’ Betty always showed her curvy body in revealing frocks and this is the first of several sexy, vintage ‘pin-up’ girls in the gallery of Amy Winehouse tattoos.

Another of Amy’s earliest tattoos was this eagle feather on her left inner forearm, which in Native American tradition is a powerful symbol of courage.

Amy labelled herself as belonging to her husband, Blake Fielder-Civil, with this tattoo of a shirt pocket-flap below the word, ‘Blake’s’ above her left breast.

This is a sign that she had submerged her own personality and was totally infatuated with Blake, who was a heroin addict and persuaded Amy to start injecting heroin. After divorcing Blake in 2008, Amy removed this reminder of her miserable time with Blake. 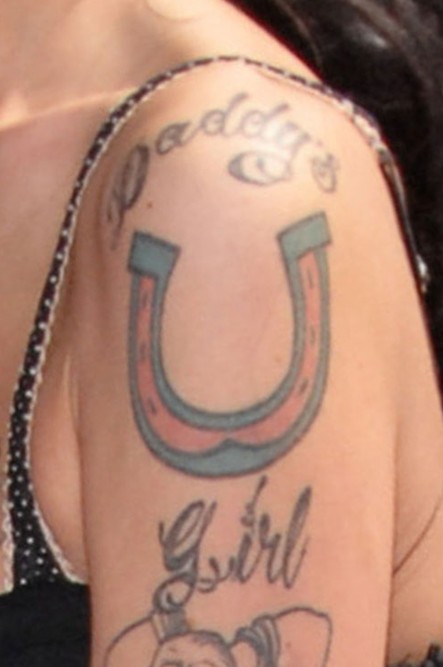 Amy always had a very close bond with her father, a London cabbie, and to recognise that happy relationship Amy Winehouse tattoos included a ‘lucky horseshoe’ in blue and red, with the words, Daddy’s Girl, written around it in flowing black script. 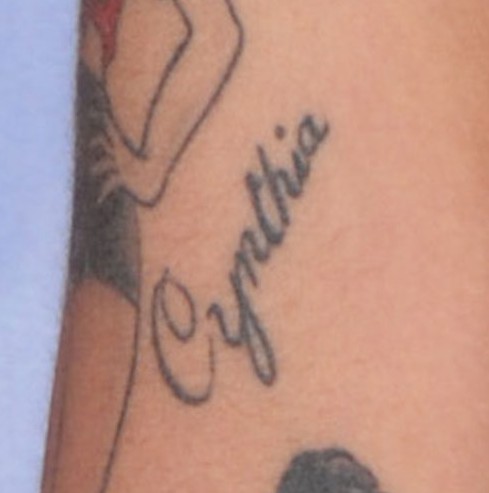 As a sign of the love Amy felt for her supportive grandmother, Cynthia, she also had her name tattooed in flowing script on her right arm.

Amy always loved vintage U.S. style, and this black outlined, grey lightning bolt on her right wrist is drawn in U. S. ‘comic book’ style.   This is another of Amy Winehouse tattoos that gives an insight into how she saw herself and when asked what it meant to her, Amy replied:

Amy identified with a ‘natural disaster’ because this is how she saw her love life, despite her hugely successful career.

On her upper back Amy Winehouse tattoos showed this unusual combination of an Egyptian ankh, symbolising ‘life’, over an American eagle with outspread wings.